Do I need a home network?

If you're reading this guide, you've probably already decided you need a home network or thanks to getting high-speed Internet access, a network has been thrust upon you by your Internet Service Provider (ISP). Others of you may have just heard some buzz about having a home network and want to know what the benefits are. That's what this section is about. Even if you've already decided to install a home network, you might want to skim this section for more ideas on how to use your home network (especially, the section on File Backup). 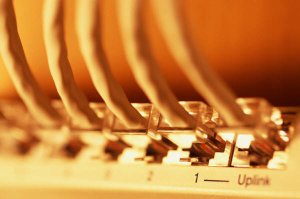 Believe it or not, even if you connect just a single computer to a "firewall / router" you've set up a home network. A very small network, indeed, but a network nonetheless.

Based on my experience, the reason that most people want to set up a home network is to share a high-speed connection to the Internet and/or to protect them from the Internet. Perhaps you've just gotten a new cable or DSL broadband connection and one of your computer-savvy friends told you that you should get a firewall to protect your computer(s). Most ISPs will provide their own firewall and router, but some provide a single, unprotected connection. In that case, figuring out how to share that connection safely is up to you. A single thing connected to the Internet was fine when you only had a computer. Then someone bought an Xbox .. a TiVo DVR .. an iPod Touch .. a laptop .. an iPad .. and now, a single device using the Internet connection exclusively just won't do. All of these are legitimate reasons for installing a home network. In the next few paragraphs, I'll briefly mention some of the other advantages of having a home network.

In addition to sharing a broadband connection, a home network makes it possible to share devices like a printer or scanner and to share files between two or more computers within the home. You don't even need to have an Internet connection to do this.

If you own two or more PCs, but only one printer, you may have noticed that the machine with the printer attached becomes important to everyone in your house. The same is true for the machine with the scanner attached (which is often the same machine since combined printer, scanner and copier [and fax] devices have become popular). And why is it the kids always need to print off their homework assignment just when you're about to eagle the seventh hole on Unamed Deposed Celebrity Golf? Installing a home network is one answer to this problem. Buying a faster, more expensive laser or inkjet printer (or printer/scanner/copier/fax combo) with built-in networking starts to make sense if two or three computers are going to share it. At the very least, the printer can be shared over the network so that all computers in the house can use it.

Now, I'm going to make an odd suggestion for an admitted computer geek. If the only reason you want to set up a home network is to share your lone inkjet printer, maybe you don't need a home network. With inkjet printer prices as cheap as they are today, the costs of what you will need for a home network are probably about equal to just buying a second printer. When you do the math, the costs may even favor just buying another printer. If the two computers are physically close together (on the order of 20 ft or so) you might want to consider a printer sharing switch. Both USB and parallel printer switches can be purchased for around $25. (You made need to add another cable as well.) On the other hand, if you have other reasons in addition to sharing a printer or you own a more expensive laser printer or a laser printer and an inkjet printer and a scanner, etc. you'd like to share, the investment in a home network makes more sense. Besides, it is rather cool, geek-wise.

If sharing resources was the initial goal, it was often to share a printer. However, sharing files is an even better reason to have a home network. As this moment, I'm typing this on a laptop, but the file I'm saving this in is on my desktop. I'm using a wireless connection (more about that later) so that I can be somewhere other than my home office all of the time. I don't want to shuttle the files back and forth on a floppy, so the network makes this easy. That's just one example of how sharing files can be useful.

File sharing is more or less what I was just talking about in the last paragraph. You have files on one or more of the computers in your home that you'd like to be available to the others. They might be recipes, music files, or pictures from your last vacation. For example, I have used my laptop, to show pictures that I keep on my desktop computer. With a reasonably fast home network, that can be as fast as or faster (given the relatively slow speeds of a laptop's hard drive) than having a second copy on the laptop.

There is another advantage of having a home network that many people don't make use of, but should. The fact is almost nobody makes backups of their personal files as often as they should. Let's face it - it's a pain. It's tedious to copy files to DVD-RWs/CD-RWs (or DVD-Rs/CD-Rs) even if all your personal files fit onto one. You also have to remember to do it (although there are programs that will help remind you). However, once you have a home network and you can share files and folders, it becomes trivial to copy all your personal files from one machine to the other. It's also pretty darn fast, so it doesn't seem like a chore.

You don't need to (and really don't want to) copy everything either. Operating systems can be reinstalled or restored from the CDs that came with your system. Applications can be reloaded. (In fact, because of the way the registry works on a Microsoft windows system, if you are recovering from a disk crash, you pretty much have to reinstall all of the OS and applications.) However, the stuff you type with your own hands, the pictures you take with your digital camera, and those saved game files are yours alone. If they are lost and you have no backup, they're history. Programs like Norton Ghost or Novastor can even be automated to do it on a scheduled time. If you're handy with scripting, you can probably do it for nothing with something like xxcopy. At the very least, backing up your data to another machine is easy to do by hand. Please do it. You'll thank me when the hard drive fails on one of your computers if you've backed it up. Once the new hard drive is in, it's going to take only minutes to get back your personal data.

Even if you faithfully make backups of your important files (to DVD-RWs or another computer or an external drive), it may not be enough. If the original files and all the backups are in the same house, a major loss due to theft, fire or flood may end up meaning all the copies are gone. This can be done using an external drive that you store in the desk drawer at work. (Although, it's best to use a pair of drives and rotate them.) Another good use of a home network connected to the Internet is to backup your truly important files using an online backup service. A number of these sites have sprung up in the past few years. You might want to consider signing up for services such as Amazon's S3 Service, Mozy and Carbonite just to name a few. There are many such services available now. Some ISPs include space for you to use on their servers (for a personal web site, for example). You can use that as well generally for no additional cost.