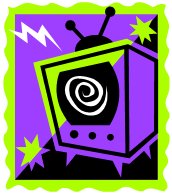 One of my more recent uses for my own home network is streaming video. I used to have a DirectTV DVR in my home theater room and several simpler set-top boxes (STBs) attached to computers with video capture cards and DVR software. This still didn't give me a way to play video I had recorded on the DVR to any of the other equipment. Later, I replaced DirectTV with Verizon's FiOS TV service. They offered a multi-room DVR which could play recorded video over my home network to certain STBs they offered. It was a good idea, but it didn't support HD video, it only worked with certain STBs (from Verizon) and the killer -- the DVR crashed often. It crashed both while recording video and while playing it back. It especially crashed if I was both recording and playing video. When it crashed and rebooted twice during a superbowl, I vowed to replace it or go back to DirectTV.

A little research revealed the answer. I replaced the Verizon (Motorola-built) DVR with a TiVo Series 3 DVR I purchased outright and a dual-channel cable card (rented from Verizon). Using the free TiVo Desktop software (which is no longer available - only the $16 Desktop Plus is available), I was able to stream and watch videos from the DVR on any of the PCs in my house over the home network. I gave up the STBs on the PCs in favor of this solution. I was able stream any of the recordings on the TiVo DVR. My only gripe is it took forever for the TiVo to completely transfer a file from the DVR to the PC. I can start watching the stream almost immediately, however. The TiVo has been upgraded recently to stream Netflix movies as well. I was never interested in the whole DVD-in-the-mail thing, but once Netflix has more of their selection available for streaming (the list is pretty limited at this time), I may have to cave.

There are many other ways to stream video to your PC or TiVo from the Internet. Most people already know about YouTube, but an up-and-coming website is Hulu. Hulu has full versions of current (and some past) TV shows that can be streamed directly to your PC. I hope they expand more of their past offerings, but that depends mostly on the networks agreeing to let them do so. In addition to streaming to TiVo DVRs, Netflix also offers the Roku box for streaming Netflix videos. Additionally, Netflix allows streaming of video to Xbox 360 game consoles.

I've learned to stop denying my inner child - which is bad, because the toys have gotten so much more expensive. I can't deny that one of my primary uses for having an Internet connection is to play online games, research games, buy games, download updates and patches to games, .... You see my problem. If you have kids, the problem eventually becomes that they want to play online, too. Either with you, against you, or in a totally different game (because you are so lame they started regularly trouncing you when they turned 11). As more households hand down computers that weren't too shabby to begin with or as junior/juniorette gets his/her hot new gaming PC, the "necessity" of having a home network to allow multiple computers to play games becomes clear. If he/she is has friends over for a nice LAN party, you'll have already have a home network that they can all just plug into and start playing. This makes your kid look cool and scores you serious parent-points. (Which, as far as I can tell, aren't redeemable for anything - especially not for getting them to pick up their clothes off of the floor.) Gaming consoles like the Xbox 360 support online gaming over the Internet, too, so this online network is not just for computers. You'll find yourself with some sort of perverse pride watching your prodigy (virtually) beat the tar out of little Johnny down the street in a multiplayer game of Halo VII (once you're no longer a challenge).

A lot of newer games allow themselves to be run in "host" or "server" mode. That is, that instance of the game is the master copy that other people with the same game can connect to in order to play a shared, online game over the Internet. This can be done temporarily just for a few hours so that you and a couple friends can play or the game can be set up to run indefinitely and open to anyone else with the game. If you have a spare computer, you may even want to start a copy of the game on it, and use it as an always available "dedicated" server. Some of these dedicated servers are running versions of the game with special modifiers that change certain features of the game. A few of these put together can make the game play totally different from the original and fresh. User-created game maps and visuals are often as good as or better than the ones that came with the game and make servers unique as well. (Low-gravity, quadruple-jump, insta-gib, double-speed Unreal Tournament anyone?)

Some Internet Service Providers, called ISPs for short, have very specific rules about running any sort of server program over their network. This is especially true of cable ISPs. Most of these rules begin with the word "NO." This isn't because they are nasty people - well OK, maybe they are, but this isn't only because of that. It's not even a question of whether or not you are serving things you are legally entitled to share. Your ISP may not want you to run a file server even if all you want to share is family photos with your relatives. It is because they have done some extensive modeling and planning on how the overall bandwidth on their network is going to be allocated and used. They assume that most people will make small requests (e.g., request to browse to a web page) and get back a larger response (e.g., a web page showing pictures of vacation resorts in Italy, that 10-minute youtube video or that 200 MB patch for the game that was just released today). Because of this assumption, cable ISPs tend to "cap" or put a capacity limit on "uploads" - that is, data sent from your computer to the Internet. A typical cap is under one megabit per second (1 Mbps). Typical cable ISP download speeds are 3 - 20 Mbps. It's not unusual for download speeds to be 20 times faster than the upload speed. That's what the cable Internet provider expected, and that's how they have provisioned their network. Servers running on the customer's computers, on the other hand, upset this network traffic pattern as they try to send large amounts of data upstream. ISPs are also concerned that any service you offer will be used to distribute illegal (i.e., copyrighted) files, send spam email, or may be compromised by a virus to do some illegal task (completely unbeknownst to you). Finally, any kind of service has some risk of being compromised by a hacker or allowing a virus onto your machine. Many ISPs see these risks as too great, so they just say "no" and plan their network usage accordingly.

Onward, Once More into the Breech

This section has been a very quick introduction to some of the tasks for which a home network can prove useful. This certainly wasn't a thorough discussion of any of them, but many of these topics will be revisited in more detail later. The focus of this guide is more to helping those who've already made the decision to take the plunge. To that end, we continue on with the next section which covers topics on how to decide what kind of network you want, planning the physical layout of the network, purchasing the (right) equipment, installing it, configuring your network, and troubleshooting network problems.