One thing that Blizzard would probably refute is that there is an end to World of Warcraft. Many players would, too, and they are partially right. However, there is an end to performing quests - at least ones that are still beneficial to your character. There are quests that can be repeated daily, but those are only interesting for a while. Generally, one only does them to earn gold to buy items needed for raiding. If your child isn't interested in raiding, the game is going to wind down pretty quickly once the top level is reached. There may be a number of quests they skipped earlier that they can go back and do, but if the rewards won't be useful for them anymore; they are just tourists. If the game is played casually, it could take months or years to reach this point. While there is no discrete end to the game, there is a practical one for players not interested in raiding even if it takes a while to get there.

Even if your child is dying to get to the "end game" content and can't wait to raid in a group, there is an end to that as well. There are only so many instances. They can be repeated on a regular basis (as the instances "reset" every so many days on a fixed schedule), but even so, eventually the group gets equipped to the point where certain instances are no longer a challenge. (This is called having the instance on "farm.") It's possible to get to the last boss in the last instance and simply have nothing left to do. Very, very, very few guilds or players reach this point. Most of the time, new content comes out and the guild abandons the previous instances they were doing in favor of the new instances at higher levels and with better loot. Add to that, the fact that the time commitment to complete end-game instances is much higher than for casual questing. It's more likely your child will get bored or burnt out on playing WoW and find something else to do.

If your child finds themselves at the end, they have a few choices. They can try a new character class (perhaps on an entirely new server), a new race and even the opposite faction. Each faction has some number of quests that only that faction gets to do. Every class and specialty within that class plays differently and many have class-specific quests. They will still reach the top level - at an ever-increasing rate since they are experienced in playing the game - but there are a lot of classes and races on both factions. If all else fails, they can suspend their account and wait for new content. 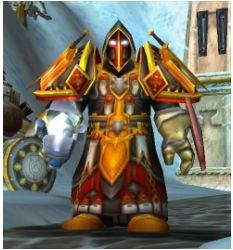